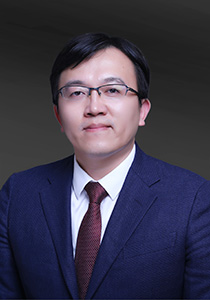 Dr. Aijun Ding, is professor of atmospheric environment and atmospheric physics and the Dean of School of Atmospheric Sciences at Nanjing University. He received his B.S. in atmospheric physics and atmospheric environment and Ph.D in meteorology from Nanjing University. He had about 8-year research experiences in the Hong Kong Polytechnic University during 2011-2009, as research assistant, post-doc and research fellow, and became a fully professor at Nanjing University since 2009. Dr. Ding has involved in field measurement, data analysis, and numerical modeling for air pollution, including fine particulate matter (PM2.5), ozone (O3) and their precursors as well as their integration with planetary boundary layer (PBL), weather and regional climate in Asia. He coordinated several field experiments based on ground-based, aircraft and tethered airship platforms for national level projects on PM2.5, ozone and acid rain in China. As one of the founders of the Station for Observing Regional Processes of the Earth System (SORPES), he has been leading the measurement program on the interactions between air pollution, PBL and weather/climate in Nanjing since 2011. He is coordinating one of the largest Research and Develop Projects on Air pollution in China, the Integrated Multi-Platform Observation Study for Air Pollution complex in East China (iMAPEC), funded by the Ministry of Science and Technology (MOST). Dr. Ding has published over 120 peer-reviewed papers on international journals, and owns a citation over 5300 times and H-Index as 41. He currently serves as Scientific Steering Committee member for iLEAPS and TOAR, and co-editor for Atmospheric Chemistry and Physics. He received the 2015 ICTP award and the 2017 Distinguished Young Scholars from National Natural Science Foundation of China (NSFC).

Winner of the ICTP Prize, The Abdus Salam International Centre for Theoretical Physics (2015)