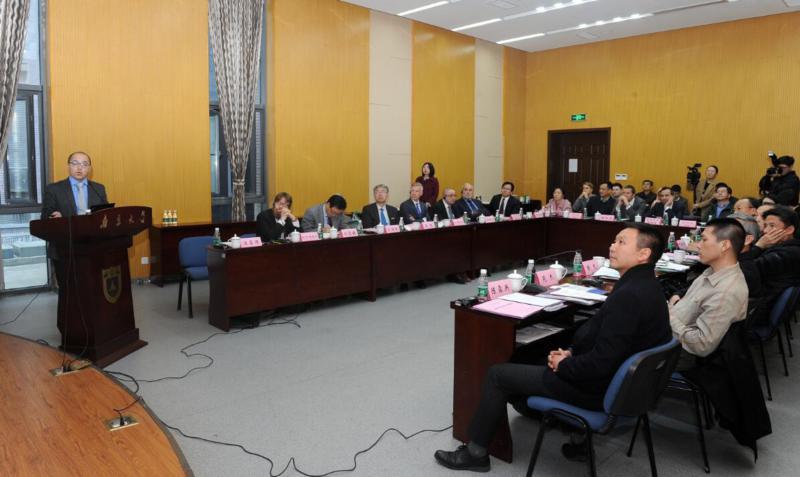 President Lyu welcomed the attendees on behalf of Nanjing University and extended his gratitude to the guests that came all the way from University of Helsinki. Lyu said, "Two of main tasks for 2019 proposed by Premier Li Keqiang in his report on the work of the government are to 'increase the ability to provide scientific and technological support' and to 'expand innovation cooperation with other countries'. As one of the top Universities listed in the Double First-Class University Plan, Nanjing University has maintained an open and inclusive mind and paid close attention to the cutting-edge innovations in science and technology around the world. The joint lab is a testament to the university's close ties with international top-class universities and institutes and has the potential to nurture first-class disciplines, lead innovative cross-disciplinary studies, undertake frontier research tasks and attract global talents, providing the scientific and technological support in the Double First-Class University Plan." He pointed out that the joint lab would not only serve as an innovative scientific and research base, but would also become an important window for Sino-Finnish and Sino-European cooperation and culture exchange. The lab has been valued highly by both sides and Nanjing University will continue to support the lab's development and strengthen its vital role in international cooperation and discipline construction. Chancellor Hämeri thanked Nanjing University for the invitation and said he was honored to come to Nanjing and witness what the joint lab had achieved so far. He said, "The joint lab has obtained remarkable achievements in scientific research and talent cultivation, which are the two primary tasks of a university prescribed by Finnish laws." He also spoke highly of the state-of-art facilities and research innovations offered by the lab, and emphasized their importance in the development of related disciplines. He hoped that the joint lab would have a major influence on the international stage with breakthrough solutions to major global issues such as climate change and air pollution. 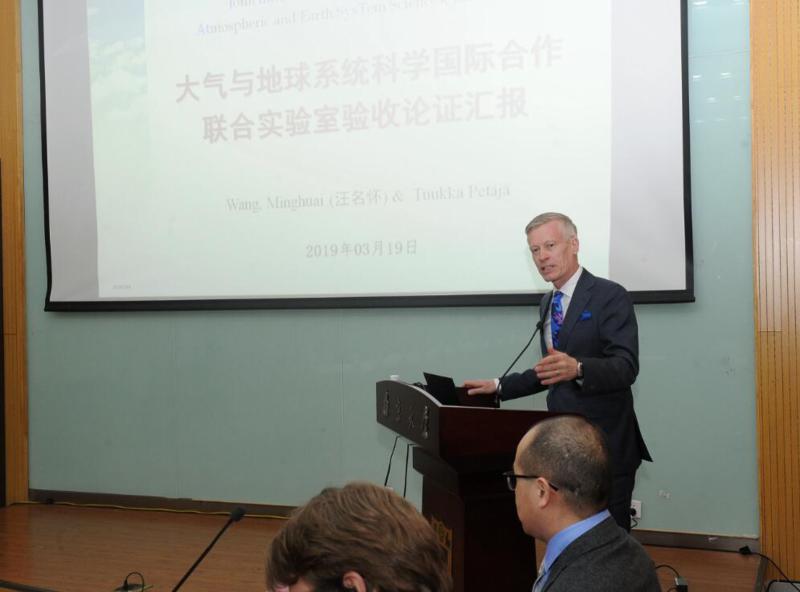 After Mr. Jie Yuan briefed about the background and evaluation requirements of JirLATEST, Professor Minghuai Wang, Director of JirLATEST of China side and Professor Tuukka Petäjä, Director of JirLATEST of Finland side made presentations and gave a comprehensive introduction about the lab's background, objective, management, talent cultivation, team recruitment, research achievements, prospects and plans. The evaluation panel inquired about the details and conducted site visits at the main observational station SORPES and other facilities of the JirLATEST. 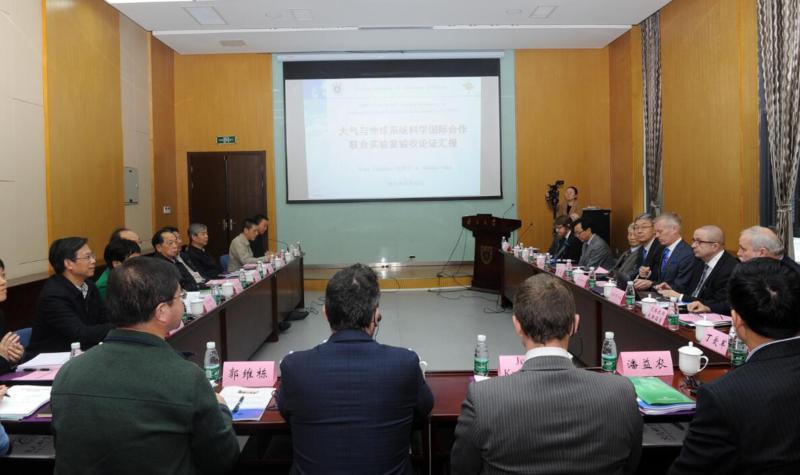 The evaluation panel spoke highly of the accomplishment made by the joint lab within the three-year construction period. The experts arrived at a consensus that both sides of the joint lab have cooperated closely and acted in line with the agreements, and had achieved substantial research progress and built up a globally influential research team. The joint lab has transformed from a regional cooperating platform into a global one. The panel also suggests that the Ministry of Education of China and Nanjing University should invest more and develop the SORPES into a national key field station and a major national science and technology infrastructure to ensure that it has a long term and stable financial support.

The Joint International research laboratory of Atmospheric and Earth System Sciences came to its embryonic form in April, 2015 and was officially established in December, 2015 by the Ministry of Education of China. It is the first international joint lab declared by Nanjing University and aims to become an important platform for research innovation and talent cultivation in atmospheric and Earth system sciences. The joint lab has made prominent achievements in building integrated observational platform, formation mechanism of air pollution, air pollution-climate interactions, and land-atmosphere interaction. The lab's research findings on air pollution mechanism have provided important scientific support for policy-makers in the prevention and remedy of atmospheric haze and its breakthrough research on aerosol-cloud interaction was published in Science. The outstanding performance of the joint lab has greatly increased the strength and international impact of the School of Atmospheric Sciences of Nanjing University and played an important role in the school's construction of Double First-Class Discipline in atmospheric sciences. In recent years, the number of SCI papers published by the School of Atmospheric Sciences has increased significantly in recent years, and the rank of Nanjing University in Nature Index's tables of institutions in Earth & environmental sciences has risen from the 23rd in 2016 to 11st in 2018. 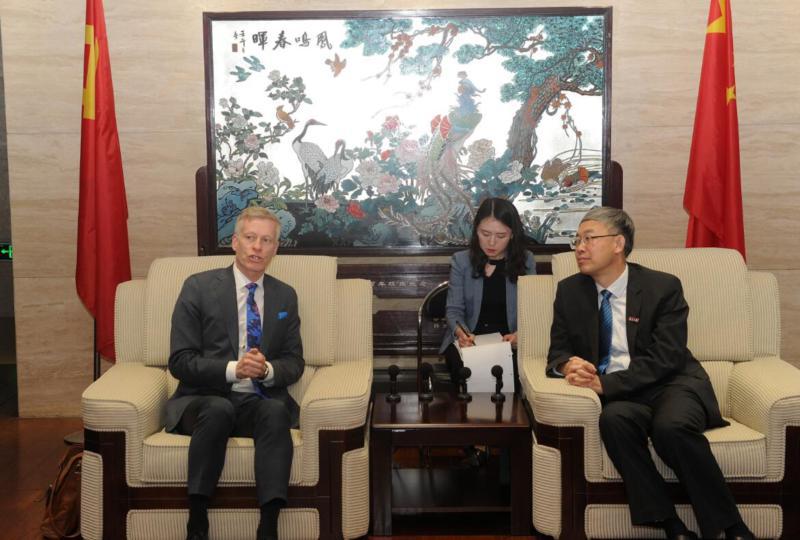 Before the acceptance meeting, President Lyu arranged a warm reception for the delegation group led by Chancellor Hämeri. President Lyu recalled his visit in Finland and said he was impressed by the snow-capped mountains, the modern observation stations, the excellent management and the global-vision research at the University of Helsinki. He hoped that cooperation between the two universities can greatly benefit Nanjing in its construction of an innovation city. Both sides had a friendly conversation where they wished for a mutually beneficial relationship at all levels and agreed that the joint lab showed great promise for development and cooperation.